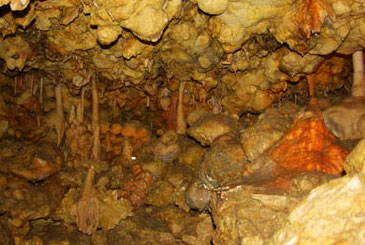 Discovered in 1923, this cave is known for its strange and colourful alabaster stalactites and stalagmites.

The Grotto is to be found at a depth of 9 meters and the entrance is via a spiral stone staircase. The owners normally give a quick tour pointing out the unusual geological forms created over the millennia. Part of the excavations was carried out during the Second World War when the owning family used the cave as an air raid shelter