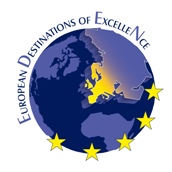 European Destinations of Excellence (EDEN), is a project promoting sustainable tourism development models across the European Union. The project is based on national competitions that take place every year and result in the selection of a tourist «destination of excellence» for each participating country. Through the selection of destinations, EDEN effectively achieves the objective of drawing attention to the values, diversity and common features of European tourist destinations. It enhances the visibility of emerging European destinations, creates a platform for sharing good practices across Europe and promotes networking between awarded destinations.

This European quest for excellence in tourism is developed around an annual theme, chosen by the Commission together with Member States and Candidate Countries. The relevant tourism bodies implement the projects at a national level. The annual themes so far were as follows; Best Emerging Rural Destination, Tourism and Intangible Heritage, Tourism and Protected Areas and Aquatic Tourism. The key feature of the selected destinations is their commitment to social, cultural and environmental sustainability. The recipients of the award are emerging; little known European destinations located in the 27 Member States and candidate countries.

The EDEN project helps to spread the sustainable practices used in the chosen destinations across the European Union and to turn these places into all-year-round venues. The process thus aims to help de-congest, combat seasonality, rebalance the tourist flows towards the non-traditional destinations. The project is also a means by which as platform for the exchange of good practices at European level is created. This networking would in turn assist in persuading other destinations to adopt sustainable tourism development methods.

For more information go to: http://bit.ly/2uX27ul