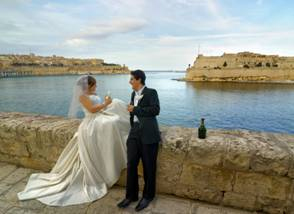 The Marriage Registry regulates all marriages celebrated in Malta and Gozo, whether religious or civil.

The Marriage Registry also assists Maltese Nationals marrying foreigners by providing any required information. Moreover, the Office registers marriages and civil unions which took place abroad where at least one individual of the married couple is a Maltese National. The Marriage Registry is also responsible to commence formalities required to annotate in the relative Act of Birth, the legitimation ‘by subsequent marriage’ of children born out of wedlock

For more information about the Marriage Registry and to download the necessary application forms, visit this website.