Żejtun will be celebrating the start of the olive-picking season and pressing of oil through its annual festival, aptly called Żejt iż-Żejtun on Saturday, 29th September 2019.

This festival celebrates a revived rural heritage closely associated with the southeast of Malta. In Punic/Roman times, Malta was renowned for its olive oil, a basic staple product in that era. In those days, olive oil was required for use in almost all routine daily chores. Hence, in late summer, when stocks were very low, the newly pressed oil was eagerly expected.

The southeast of Malta, where the rising sun matures agricultural products early in the season, was a well-known zone for olive tree cultivation and olive pressing. The archaeological site in Żejtun of the Domus Romana provides clear evidence of this agro-industry back then. This area, which up until the early 17th century formed an integral part of Żejtun, was close to the active Roman harbour in inner Marsaxlokk bay.

The focal point of the festivity is the blessing of olives carted or carried by local farmers, followed by pressing and free tasting of Maltese ftajjar dressed in freshly pressed olive oil. All this occurs amid folk music, singing and dancing. 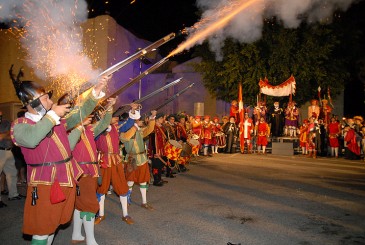