This date commemorates the end of the Great Siege of 1565, the end of the French occupation of Malta in 1800 and co-incidentally enough the armistice of the Fascist regime in Italy in 1943. In the latter, the connection with Malta was two-fold: the bombardments by the ‘Aeronautica’ were over and the Italian Navy was brought to Malta to remain moored at St. Paul’s Bay until the end of the war.

The morning is taken up by various State ceremonies amongst which a parade by the Armed Forces of Malta. During the afternoon, an avidly contested traditional rowing boat regatta is held in the Grand Harbour. In the evening, there are at least four towns in Malta and Gozo, which celebrate the feast of Our Lady as a Child (Maria Bambina/Our Lady of Victory). Indeed the feast which is centuries old changed its name to Il-Madonna tal-Vitorja, following the end of the Great Siege of 1565. 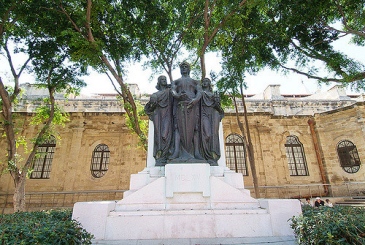