This feast is one of the oldest feasts celebrated in Malta and Gozo. The Feast commemorates two important Saints in Maltese religious lore, St. Peter and St. Paul. The word luminarja is derived from the Latin word Luminare – to light up. This was the way people manifested their joy in recognition of a particular feast, such lighting being offered by burning bonfires and candles. This feast has somewhat moved away from the traditional village ‘festa’ style and has developed a different type of merriment which is held in Buskett Garden on the eve of June 29 the day of the feast. This is a small tree grove situated some one kilometre away from Rabat.The liturgical services are held in the Mdina Cathedral. During the late afternoon hours, numerous horse and donkey races are held in a country lane situated just below and at some distance from Mdina. The contenders vie for the Palju (a traditional banner that is presented as a trophy to the winners of various categories of races) which in olden times used to be presented to the winners by non other than the Grand Master of the Order.The feast of St. Peter and St. Paul is also celebrated in Nadur, Gozo, this time in the usual festive manner that is normally held in towns and villages. 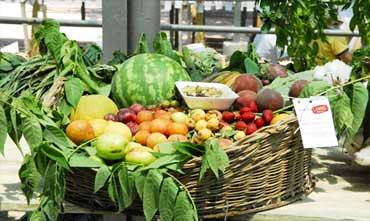