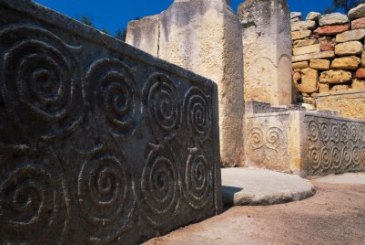 The town is known mostly for its prehistoric temple complex dating back to the copper age, which gives rise to the distinct Tarxien Phase of megalithic building on the Islands.

The temples and their artefacts provide some of the best insights into the rituals, beliefs and building skills of these prehistoric peoples. Several huge statues, known as the `fat ladies’, today housed in the National Museum of Archaeology, Valletta, come from Ħal Tarxien.

The town itself was important in later centuries, particularly in Roman times, but it remained more or less a backwater over the millennia although it is one of the older parishes of Malta. Like nearby Paola, the town began to develop in the early 20th century with the growth of the dockyards.

Ħal Tarxien is home to one of the Islands oldest surviving parish churches, Tar-Rokna, dedicated to the Annuniciation of Our Lady.

Ħal Tarxien was one of the localities included in the first set of itineraries and maps developed for this project.