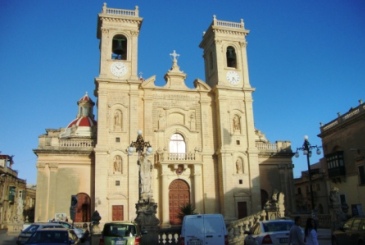 Ħaż-Żebbuġ has a village-like atmosphere although it has been a large residential area for centuries.

It was elevated to ‘city’ status by Grand Master de Rohan in 1777. Its city status is marked by the monumental arch on the main approach road. Ħaż-Żebbuġ was for centuries the main agricultural village of Malta and the centre for the cash crop, cotton. Ħaż-Żebbuġ houses some magnificent patricians’ houses and palazzos and fine examples of 16th to 18th century domestic architecture. The name ‘Ħaż-Żebbuġ’ means village of olives. In times past, it has seen olive oil production as well.

Ħaż-Żebbuġ is also renowned for the great and the good of Maltese history. It has produced more distinguished Maltese – artists, poets, sculptors, composers and notable priests – than any other village on the Islands.

Ħaż-Żebbuġ’s parish church, dedicated to St. Philip, was built in the early 17th century. It is attributed to the son of Gerolamo Cassar, the Maltese architect of St. John’s Co-Cathedral, Valletta. The interior is lavish baroque and the side chapels have fine example of Maltese scenography. Ħaż-Żebbuġ is also home to numerous early chapels: the oldest is the Chapel of St. Roque (1539) which is open the first Sunday of the month from 9.30 am till noon; the most ornate is the small church Tal-Abbandonati (1758), a short walk to the right of St. Philip’s.