Crafts have undergone a revival in recent years. Not solely because they make interesting souvenirs but also because of their high cultural value to the Islands. Some crafts, such as knitwear, basketware and lace, have a long history.

Other craft forms, such as weaving and pottery, date back to prehistoric times. The ‘Sleeping Lady’ 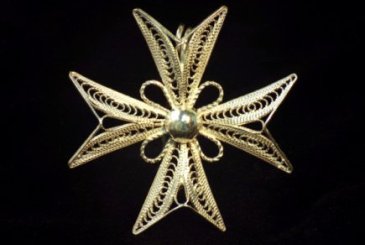 found in the Hypogeum is a clay figurine of exquisite workmanship. In the Tarxien Temples, archaeologist also found fragments of red-dyed, flax textiles. These fabrics showed that the prehistoric islanders had considerable skills in weaving.

The Arabs introduced cotton into Malta from around 870 A.D. and brought also their expertise in weaving and dyes. Cotton production became a major rural industry from medieval times up to the early 19th century. During the time of the Knights, Gozitan cotton linen was highly-prized in mainland Europe.

Weaving, embroidery and lace-making were encouraged, often by the Church. Life in Gozo and much of rural Malta was relatively harsh and craft industries became a main source of income for rural families. Such was the worksmanship of these textiles during the 17th century, that various Grand Masters prohibited the wearing of embroidered and fancy garments considering them frivolous and out of keeping with the Order’s religious calling.

A craft that really flourished under the Knights was gold and silver ware. Malta’s most precious production is filigree and jewellery. Today, Maltese goldsmiths are thriving, their work often exported to major cities abroad.

The Pottery Experience – A Maltese Perspective