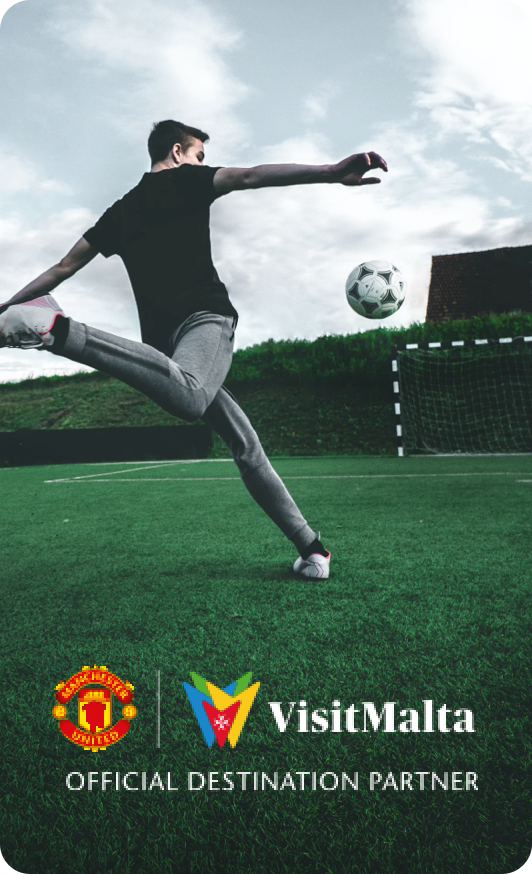 By Lucy Woods and Timmy Gambin

As one of the few Allied bases between Gibraltar and Alexandria, Malta played a pivotal role in both the First and Second World Wars in providing the Allies with shelter, food and weapons. It also made the island a prime target for Axis attacks making Malta one of the most heavily bombed places in the world. Tens of thousands of mines were also laid in the waters around the Maltese Archipelago, and many ships were destroyed.

10 of these shipwrecks are under the protection of Heritage Malta’s Underwater Cultural Heritage Unit (UCHU), who record and preserve the sites in-situ and ensure their authenticity as historical sites are preserved. A unique feature of these sites is their location beyond the 40-metre recreational diving limit, with divers requiring specialist training as they are very deep and the conditions challenging.

Wreck sites under the protection and management of the UCHU require a special permit, much like purchasing a ticket to a heritage site on land. Icons related to the sites statuses as a war graves, the presence of unexploded ordinance or protected marine flora and fauna are included for each wreck site.

HMS Russell was one of six Duncan-class pre-dreadnaught battleships, built for speed and to outperform a group of fast Russian Battleships. With the outbreak of the First World War HMS Russell was assigned to the Navy’s Grand Fleet, first taking part in the Gallipoli campaign and then making her way to resupply in Malta. It was here, whilst proceeding towards the Grand Harbour, that HMS Russell hit a mine on her port side, causing a violent explosion. Two more explosions followed and the ship sunk, resulting in the loss of 124 servicemen. Today, HMS Russell lies upside down with the stern section missing, and the surrounding seabed is littered with guns and gun cases The site is a designated war grave and only accessible by technical divers.

HMS Nasturtium was built, along with another 35 ships, as a small anti-submarine vessel to bolster the Navy’s anti-submarine operations. She was launched in July 1915 and made her way to Malta, but her service here was cut tragically short. On 27 April 1916, whilst searching for German submarines and mines around 10km from the port of Valletta, HMS Nasturtium struck a mine on her starboard side, in the same minefield that led to the demise of HMS Russell.  The resulting explosion caused her to list heavily, and the following day she rolled over on her port side and sank. After more than a century on the seabed, the site has become a protected area for marine flora, including beautiful coral growth on the ship’s metalwork.

Location: off the coast of the fishing village of Marsaxlokk

SS Luciston was a collier - a type of cargo ship used to transport coal between ports – which became prime targets for German submarines during the First World War. During the latter part of the war, SS Luciston was on her way to Malta from the port at Cardiff and was torpedoed by a German submarine as she approached Valletta. The remains of the ship are somewhat fragmented, but many of the main features are still visible including the winch, anchor, ladder, and gun. Deposits of coal can also be spotted scattered around the seabed.

Built in France in 1890, SS Polynesian was a passenger ocean liner, sailing all around the world. With the outbreak of the First World War, she was armed and used as a troop transport by French authorities. Just three months before the end of the war she was on route to Thessaloniki in Greece transporting Serbian troops, cadets and personal when she was torpedoed on her port side by the German submarine SM UC-22, just a few kilometres from Malta. She sank in just 30 minutes, claiming the lives of 17 crew members and passengers on board. The wreck lies on a 45-degree angle on her port side. The stern section is well preserved and stern deck cannon and propeller are in excellent condition.

The wreckage of HMS Southwold is classed by UCHU as two separate sites (bow and stern) due to the distance between them. The ship was a Type II British Hunt-class destroyer built for the Royal Navy during the Second World War. She played an important role in carrying out anti-submarine sweeps for the Malta relief convoys and taking part in the Second Battle of Sirte. On 24 March 1942 she struck a British mine while escorting HMS Breconshire to Malta, and the resulting explosion caused major structural damage and flooded the engine room, claiming the lives of an officer and four ratings. Attempts were made to tow her to safety, but the hull split and she sank in two sections. The bow is the largest piece (about 40m in length) and lies on its starboard side, with its forward-facing gun turret still in-situ.

The stern section of HMS Southwold is located about 300m from the bow and measures about 28m in length. The wreckage lies upright on the seabed, with a number of features in-situ. Unused depth-charge racks intended for anti-submarine warfare are still visible, as well as a number of other armament capabilities, such as the aft-facing gun turret. Both the bow and stern are classed as war graves.

HMS Trusty Star began life as a naval drifter and was then used in the fishing industry in Scotland, before being converted into a minesweeper by the Admiralty in 1939. In April 1941 Trusty Star had great success in clearing the Grand Harbour of mines during a time when the Luftwaffe were conducting heavy mine laying operations.  She was mined and sunk at the end of April 1941, but was salvaged and put back on the mine-sweeping force. However, more than a year later, in June 1942, whilst clearing mines laid by German S-boats outside of the Grand Harbour she hit a mine and sunk, this time for good. The wreck is covered in silt but remains fairly in tact, lying on a 45-degree angle on her starboard side.

Location: outside the Grand Harbour

Schnellboot S-31 was an MTB (Motor Torpedo Boat) developed by the German Reichsmarine for the primary function of laying minefields –more than 500 mines were laid by the Schnellboot 3rd Flotilla in 28 different fields in Maltese waters. Whilst laying one such minefield in early May 1942, the Schnellboot S-31 struck a mine, possibly one of her own, causing an explosion next to the engine room. The boat broke up and sunk at once, causing loss of life to many of its crewmembers. Much of the wreckage of the Schnellboot S-31 is still intact, although the metal frame of the hull is in two pieces. The ship’s engines, propellers and anti-aircraft machine guns are still visible, as well as the twin torpedo tubes, one of which is still loaded.

Location: near the port of Valletta

ORP Kujawiak was originally a British Hunt-class Type II destroyer built as HMS Oakley, and was handed over to the Polish Navy in May 1941. The following year she was sent to escort a series of tankers and freighters to Malta, named Operation Harpoon. Having left Gibraltar the convoy were attacked by Italian submarines and torpedo planes, and ORP Kujawiak was able to fend them off. However, whilst entering the port of Valletta, they attempted to conduct a rescue mission after another ship, HMS Badsworth, struck a mine. ORP Kujawiak struck a mine herself and sank, claiming the lives of 13 brave Polish servicemen.

The wreck was discovered in 2014, and over the next three years the site was extensively explored and recorded. The ship’s bell was recovered in 2017 in a joint mission between local and Polish divers. After extensive conservation treatment, the bell is now on display at the Malta Maritime Museum. Today the wreck is in good condition, with the hull still in tact and the bow in near perfect condition, with twin 102-millimetre guns visible to divers.

Location: approximately 11km off the port of Valletta

Like ORP Kujawiak, HMS Olympus was struck by a mine off the coast of Valletta in 1942. The Odin-Class submarine was primarily designed for long distance patrolling, but was used by the Royal Navy in World War Two to transport cargo (including fuel, medicine and personnel) to Malta as part of their “magic carpet service”. On 08 May 1942, HMS Olympus left the port of Valletta to transport Allied survivors back to England. She struck a mine shortly after leaving the port, and despite attempts to fire a distress signal, the submarine sank and surviving soldiers and crewmembers had to attempt the 11km swim back to Valletta. Out of the 98 men on board, just nine survived, making it the largest British submarine loss of life during the Second World War Today the wreck is a designated war grave and sits upright on the seabed. The starboard side is severely damaged, but the gun remains intact.

Underwater Malta is a free online platform that brings underwater wreck sites off the coasts of Gozo and Malta to the homes of the general public. 3D models of the wrecks can be explored virtually in crisp detail. Some, such as Schnellboot S-31, are already uploaded to the site, and the others listed in this article are due to be added soon.

Viewers simply click on the image of the wreck they want to explore and load the VR model, and start exploring using the curser and zoom functions on their device. You can also read more about wrecks, watch videos of the dives and excavations, and view a selection of high-resolution imagery.